Turkey, ya can’t rig an election ya didn’t win! 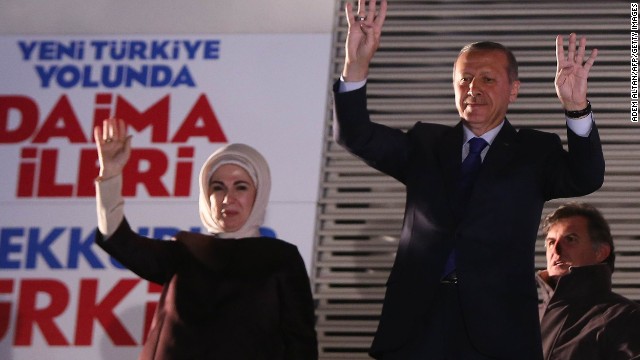 I’m proudly from Chicago, a one party government disguised as a democracy and I am proud to see that Turkey joined our club. I congratulate President Erdogan on his stunning victory, people may decide there were voting irregularities, rigging, fake votes and all of that is as true as it is unimportant; Chicago knows a deeper truth, ‘ya can’t rig an election ya didn’t win.’ Supposedly the AKP gained 5 million votes in five months by not allowing a coalition government to form, cracking down on journalism, two major terrorist bombings amid rumors of false flag operations, dragging Turkey into what will become a civil war while the economy is declining and only not collapsing based on US interest rates remaining flat. Every poll in Turkey from June through October showed the AKP in steady decline losing between 8 and 9 points just before the election with all other parties gaining a couple of points. Anyone can see Turkey won those votes, they just not win them from actual voters there’s no reason to complain. The more important truth is the AKP did not lose a lot of votes in consideration of its behavior, they won enough to be a majority party but the margins were adjusted to keep Turkish a one party state. There was not enough opposition to make ridiculous AKP manipulations of the election.

With deep pride, I  will explain to my new political brothers how pseudo democracy works, there’s a lot of bribing involved but corruption will be regulated because only pro AKP people will be allowed to give and accept bribes while everyone else risks jail. Newbies at “machine politics” as we call it in the windy city, may ask, why have elections at all, or just have really fake elections like they did in the Soviet Union or like they do in Iran and North Korea? The answer is in a Chicago Style pseudo democracy, the corruption of one partly rule only forms a tall and thick crust around the people but people can change the balance of ingredients on top of that pie, which is then sauced in reform political slogans, then local political aspirations are then cooked in the fat of the political cheese underneath. Pseudo democracy will not tolerate an anti-corruption campaign against the AK party but low voter turnout or an increase in the opposition could force the AKP to form a commission that will crack down on other parties while demanding of themselves lower bribes, delicious!  So the people form an advisory role in a pseudo democracy where the party best determines what it can get away with, kicking out and arresting the most egregious political hacks in the anti-corruption campaign du jour and thereby forcing political corruption into a constant state of evolutionary improvement.  The most important and divisive problems that affect that status quo become points the ruling party can pretend to do something about. The biggest issue in Chicago for the last seventy years and longer has been race relations and progress began here by many leaders claiming they were going to do something about race relations. This was a tremendous change from “there ain’t no problem,” the government listened to the people which translated into tiny evolutionary changes at a super slow pace. Now Chicago is the most segregated major city in America but Chicago also defines how bad the bottom is and it is better than it used to be – not in comparison to the rest of country, every major Northern and Southern City and Johannesburg has made more progress than Chicago in terms of race relations but in comparison to yesterday we are a little better than we were. Turkey can have that too, making tiny incremental progress on issues that it is too embarrassed to do nothing about and unlike Chicago which sometimes had to answer to courts, state and national government, Turkish Pseudo democracy is completely free!  Chicago has enjoyed single party rule since 1931 and we’re still going strong. Davatoglu and Erdogan said Turkey wanted “stability,” and nothing is as stable as removing Justice and sound political development from government, so welcome to our club!
Posted by dubeity at 6:45 AM